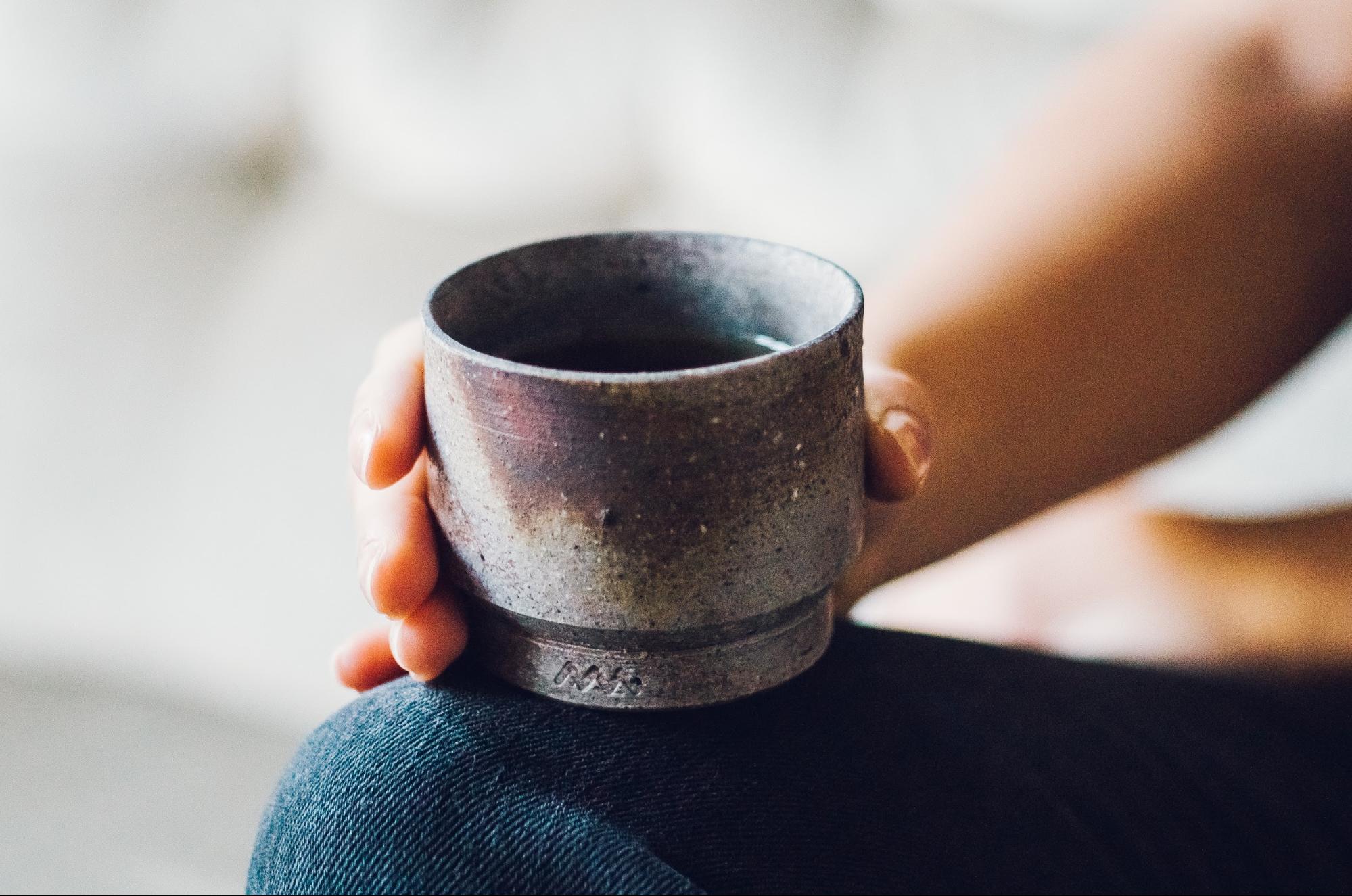 Bizen-yaki from Okayama Prefecture is usually deep reddish-brown in colour and characterised by its unglazed, rustic appearance.
(Photo from: Asemi Co.)

Japanese Ceramics: How Two Friends Spread Love For This Tradition

Art in a Cup

Japanese ceramics or yakimono is one of the oldest crafts in the world, with the first recorded earthenware dating back to the prehistoric Jomon Period (about 10,000 years ago). Many different pottery and porcelain styles have since developed, each one a reflection of the influences prevalent in Japan at that point in history, as well as the resources available in the region it is made. There are currently more than 30 different types recognised to be Japanese traditional craft.

To step into a world of such depth can be daunting, but Asemi Co. presents an easy way of incorporating this beautiful art form into your everyday life. Hasami-yaki and Matsushiro-yaki cups in the same basic design.
(Photo from: Asemi Co.)

Asemi Co. is the brainchild of Lars Amhoff and Yuki Ishiguro, two friends who met while studying design in Germany and went on to keep in close contact through their shared passion for traditional crafts. Browsing through the lineup, you will notice that Asemi Co. offers mainly cups in the same design in two sizes. In the current world where we often already own lots of items, Ishiguro wanted to create something that was sustainable, educational, and at the same time can be used in any culture.

Creating cups in the same design makes it more convenient for people to store them because they can be stacked on top of each other or displayed side by side. Second, comparison of the different pottery styles is made easier because even though every cup is different, the basic design is the same.

Ishiguro hopes to create a pottery encyclopedia through their cups, where people can look at how texture, weight and more differ according to pottery style as they add a cup to their collection.

From the Iga area in the Mie Prefecture, Iga-yaki boasts a history of more than 1,200 years. Iga-yaki pieces are often used at Japanese tea ceremonies due to their natural and unpolished beauty, but Ishiguro also recommends drinking ice cold water in the middle of summer using these cups; the combination apparently makes him feel like he’s drinking water right out of a spring! 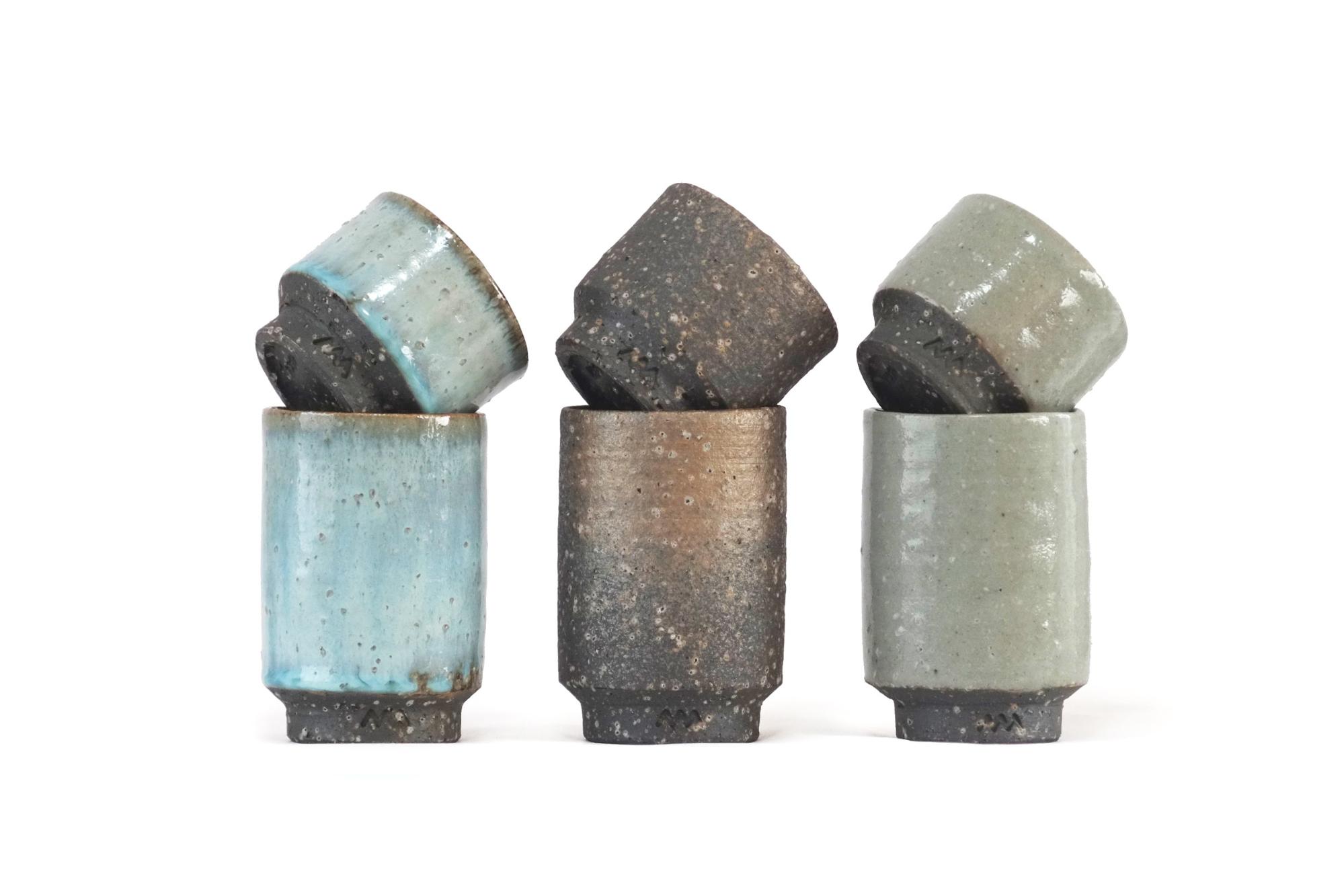 The beginnings of Soma-yaki is said to date back to the 1600s, when a domain samurai discovered some porcelain in an area in what is now Fukushima and ordered his servant to make pottery for daily use. The birthplace of Soma-yaki got destroyed by the tsunami in 2011, forcing approximately half of the kilns out of the trade. The artisan currently producing soma-yaki cups for Asemic Co. relocated after that, sourcing for alternative clay to continue keeping this unique pottery style alive.

The characteristic cracks in soma-yaki are deliberately left unpainted for these cups because the designers want the owners of these cups to enjoy seeing the cracks’ colours depending on what they use these cups most often for. Hasami-yaki was first made about 400 years ago in Hasami, a small town in the Nagasaki Prefecture. While these white porcelain cups may look delicate, they are actually extremely durable. Ishiguro recommends using them for every day use, even as serving dishes for small side dishes. Ishiguro recognises that their products may not be the most affordable around, and that there are many pottery options that are affordable and of good quality out there. However, beyond being just a business that sells for profits, Asemi Co. hopes to properly convey the story behind each cup and place value on the work and skills the artisans put into creating it.

What he always tells people when they are trying to decide on what to get is to look at this cup as a small investment; the cup can serve you for as long as you take good care of it. And if the cup does break, there is always the option of using kintsugi to repair it, furthering the idea of wabi-sabi or the appreciation of imperfection.

Whether you are already an expert in Japanese ceramics or just someone looking for a storied piece to add to your home, these cups from Asemi Co. fit the bill.