A Must-Try For Noodle Lovers Far And Wide

Landlocked Gunma Prefecture (群馬県), located in the Kanto region, has long been a thriving wheat-producing capital of Japan, aided by sunny weather throughout the year and fertile soil that drains well. Hence it’s not surprising that noodles in different forms rule the culinary scene here, with abundant udon and pasta restaurants to be found across the region.

Okkirikomi Udon, commonly referred to as Himokawa Udon, is a famous hotpot noodle dish in Kiryū City (桐生市) that attracts visitors from all over Japan. It’s made with thin and wide fresh noodles simmered together with seasonal vegetables such as carrots, leeks, shiitake mushrooms, daikon, potato and taro in a soy sauce-based broth. The udon is made without salt, and the flour it contains helps to thicken the broth. The key characteristic of this thin udon is its width, which ranges from two centimetres to as wide as 15 centimetres, almost resembling a piece of fabric. 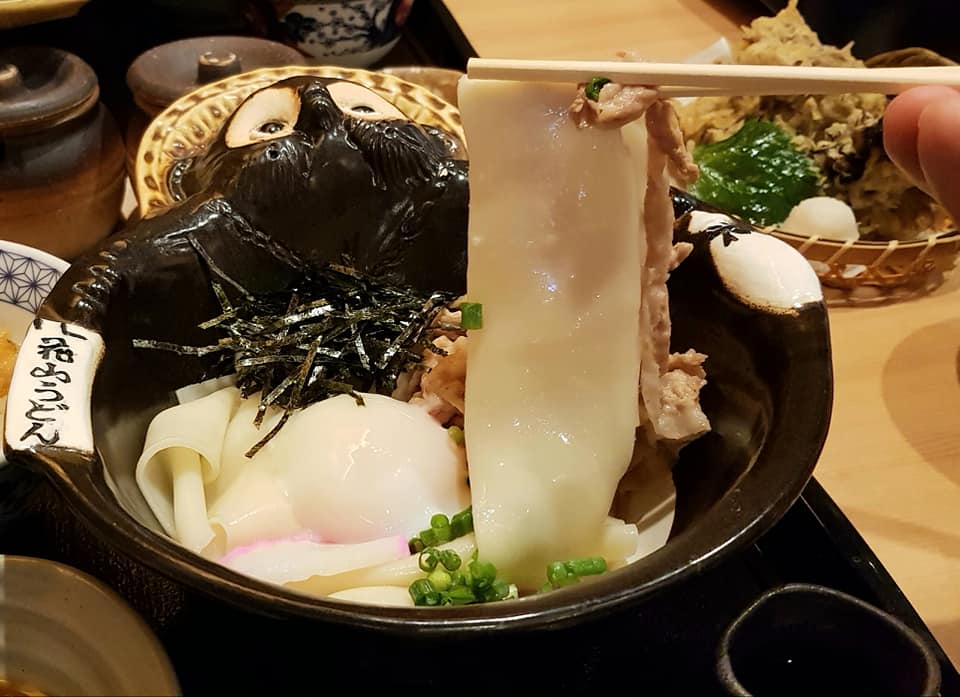 The signature menu "Onigama" served in a tanuki (raccoon) bowl.

One of the famed udon-makers in Gunma is Hanayama Udon (花山うどん), founded in 1891 with close to 130 years history of noodle-making. It won the Grand Champion award in Japan’s biggest Udon Competition for three consecutive years; their winning “Onigama” dish comes in a cute raccoon bowl. After winning the award, Hanayama opened a branch in Ginza in Tokyo. The restaurant’s udon comes in two varieties: the traditional round and thin udon and the Himokawa version.

Hanayama Udon has two restaurants, in Tatebayashi City, Gunma, and in Ginza, Tokyo.

How do you enjoy Himokawa Udon at home?

Just like the traditional round udon, the Himokawa Udon can be served cold with a dipping sauce and a side of assorted tempura or in the traditional Kiryu style cooked in a hotpot with vegetables and meat. For a more adventurous take, toss the boiled wide noodles in a mala minced pork sauce with lots of diced spring onions or leeks.

Interested to try it at home? Purchase one now in Singapore at JW360 NOMONO online store. 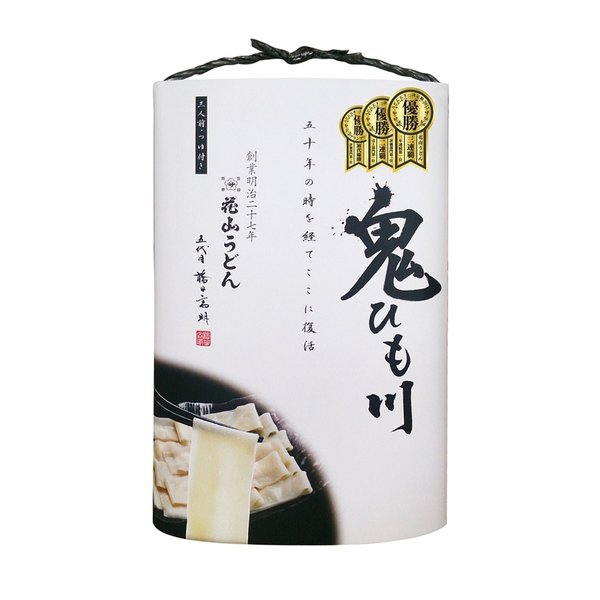 shop now
*The product/s featured are available for purchase in Singapore only.