Experience the rugged beauty of Japan

On 26 July this year, four islands in southwestern Japan were added to the UNESCO Sites of World Natural Heritage. They are Amami Oshima, Tokunoshima, and Iriomote, as well as the Yanbaru Region in the north of Okinawa Island. These islands were selected based on their incredible biodiversity conservation, as demonstrated by the many rare endemic species living amidst the islands’ subtropical laurel forests and primitive vegetation. 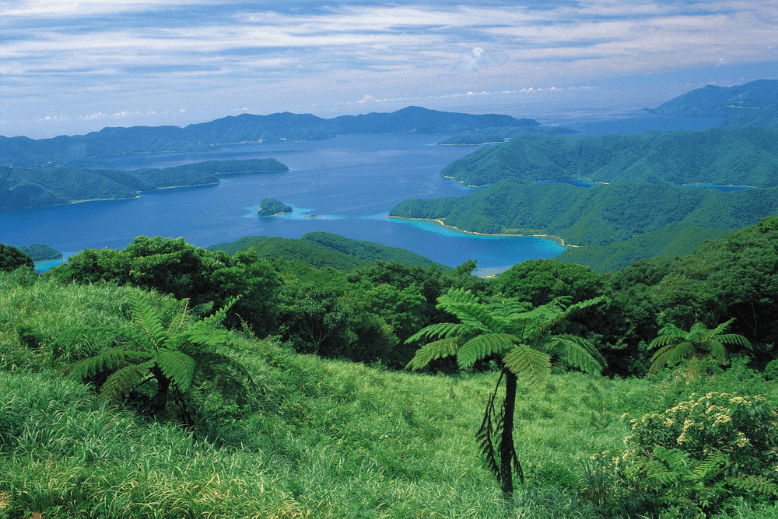 Whether you’re an avid hiker or you prefer exploring the underwater world, there’s plenty to do, see and try in this wild and wonderful region.

As the most populated island in the Satsunan chain of islands that run between Kyushu and Okinawa Island, Amami Oshima offers visitors a glimpse into the rich culture of this region. Distinctive from mainland Japanese culture and even Okinawan traditions, Amami culture stands proud with its unique festivals like the Hirase Mankai and the Yui no Hōnen Odori style of dance but their most famous export is probably the Oshima tsumugi, luxurious silk fabric with a history that dates back over 1,300 years. Of course, the island is also renowned for its breathtaking natural beauty. The sea surrounding Amami Oshima is home to majestic coral reefs and semi-tropical aquatic life, beckoning snorkelers and scuba divers to explore the deep blue. You can easily book a trip with one of the many dive centres dotted across the island.

Best for those looking for a peaceful holiday: Tokunoshima Island

Located south of Amami Oshima Island, this island is less developed but no less charming than the other islands in the Satsunan chain of islands. This laidback island offers a chance to enjoy a slice of rural island life, with picturesque parks such as Innojofuta Park and the Yamato Memorial Monument that overlook the coastline and surrounding cliffs. Mushiroze Park, in particular, is scenic, with its small network of cement boardwalks passing through impressive granite rock formations along the island’s north shore.

This is Okinawa’s second-largest island and is mostly undeveloped, with almost 90 per cent of its land covered by thick vegetation and mangrove forests. It’s also home to Iriomote Ishigaki National Park, the southernmost of Japan's national parks. To fully appreciate the natural splendour of the island, book yourself into a trekking tour that takes you through the dense jungle to key attractions such as the Pinaisara and Mariyudu waterfalls. Or rent a kayak and paddle through narrow waterways that criss-cross resplendent mangrove trails. For something a bit more languid, hop on a cruise down the island’s largest river, Urauchi River.

Lace up your hiking boots and put on your explorer’s hat because the Yanbaru Region is where you’ll be getting up close with a diverse array of flora and fauna. This forest-covered region is where you’ll find unique creatures and critters such as the Okinawa woodpecker, Ryukyu long-haired rat, and Ishikawa's frog, as well as endangered species like the Yanbaru Kuina (also known as the "Okinawa Rail"), a small, nearly flightless bird found only in this region. Before you hit the trails, be sure to make a stop at the Yanbaru Wildlife Conservation Centre, located close to the trailhead to Hiji Waterfall. This educational facility offers a wealth of informative displays about the local wildlife and the measures taken to protect them.