Keeping The Craft Of The Traditional Wagasa Japanese Umbrella Alive

Walking down the streets in a beautiful kimono holding a delicate umbrella, the Japanese beauty cuts a graceful figure. This is the endearing image of the wagasa, a traditional Japanese umbrella, fondly illustrated in many Ukiyo-e prints and picture books during the Edo period (1603-1868). 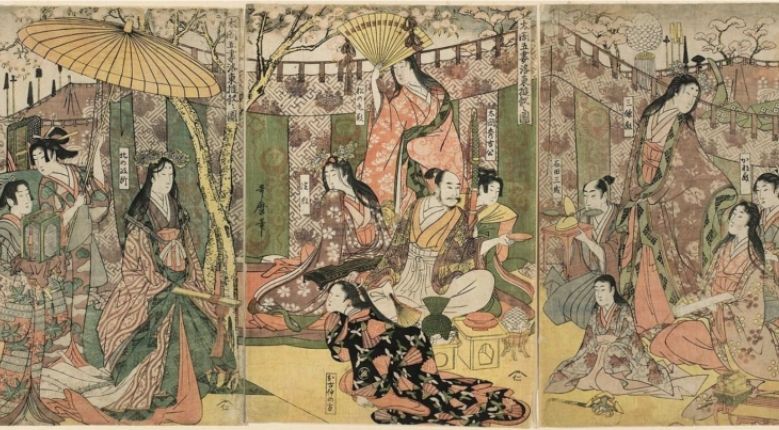 Ukiyo-e print titled “Hideyoshi and his Five Wives Viewing the Cherry-blossoms at Higashiyama” by Kitagawa Utamar (Photo from: Wikipedia)

Originally introduced by China during the Heian period (794-1185), the wagasa quickly grew in popularity among the aristocrats and eventually, to the common people. It started off as a functional accessory meant for protection from rain and sunlight, and they were used by everyone including the men. Evolved during the Edo period, they became a symbol of style as fashion reached new heights of importance.

Unfortunately, as with many age-old traditions, the wagasa industry is a vanishing trade. It still retains cultural significance among the Japanese people and is popularly used for photo shoots and wedding ceremonies. However, it would be very hard to spot someone using it as part of daily life on the streets today. 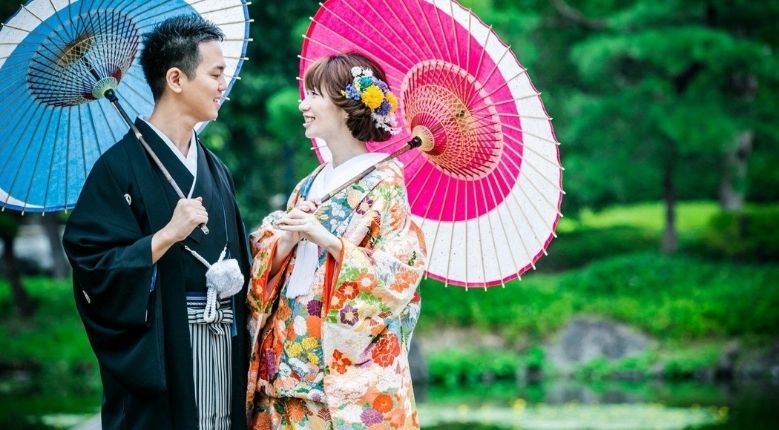 Gifu prefecture is quite a popular tourist destination, being home to UNESCO World Heritage Site for the  historic mountain villages and a 1300-year-old Cormorant (bird) fishing tradition. But unknown to many, Gifu City (the capital of Gifu prefecture) has always been the top Japanese umbrella producer in Japan.
The making of wagasa in Gifu flourished from the later years of the Edo period, with around 500,000 produced annually. In its heydays, annual production reached an impressive 15 million umbrellas and they were even sought after by international customers. Then, came globalisation. Western influences brought along the cheaper and more convenient western umbrella, which slowly weathered away this traditional craft.

Back then, each process of wagasa making was divided, with every craftsman specialising in different techniques. But in this modern age, the wagasa craftsmen take on more roles because there are lesser skilled artisans around. Also, some young craftsmen prefer to be involved in most of the production process by themselves so that they can create unique wagasas that reflects their individual creativity.

Today, only about 30 craftsmen remain in the Gifu region, including those who work only on small processes.

Fortunately, nestled within the scenic city of Gifu lies a glimmer of hope. A new generation of passionate craftsmen is seeking a revival of this beautiful art form. Unwilling to see this traditional culture disappear, traditional artisans banded together to form a collective voice.

Wagasa CASA is born — a Japanese umbrella specialty store created with the purpose to spread their pride and love for the Gifu Wagasa! 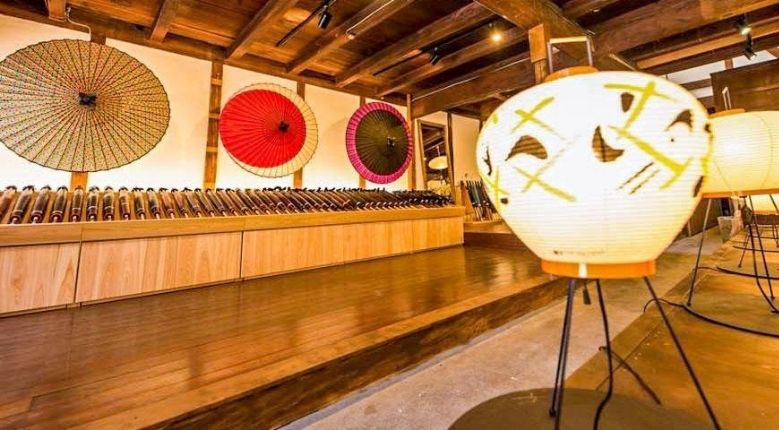 Rows of beautiful wagasa are on display inside Wagasa CASA.

Located in an old Japanese townhouse, this retail-cum-workshop transports you into a magical world of wagasa. Rows of the most beautiful Japanese umbrellas line the shelves quietly, waiting for the moment to open up and show off its full glory. Staying true to its craft, Wagasa CASA still follows traditional techniques and materials, such as Japanese washi paper, bamboo, and wood. But to keep up with modern convenience, they also use some metal parts such as a spring and ferrule.

Wagasa CASA is a special place where you can see, touch and purchase an authentic Gifu wagasa. It is also a meaningful way to connect the Japanese umbrella craftsman to consumers. Here, shoppers can interact with the craftsmen and ask questions, while the artisans can convey their artistic expressions. This allows both parties to feel a deeper connection to the wagasa, while spreading the love for the art form itself.
For wagasa-lovers who are unable to visit the specialty store at the moment, it is time to get excited because the entire range of Wagasa CASA’s beautiful Japanese umbrellas is available online! 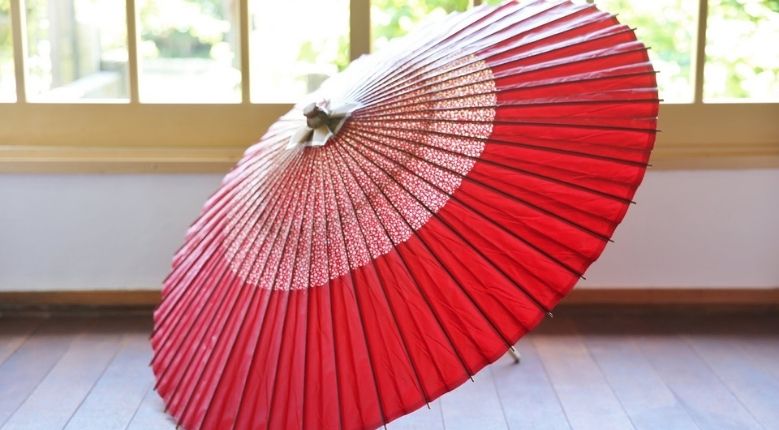 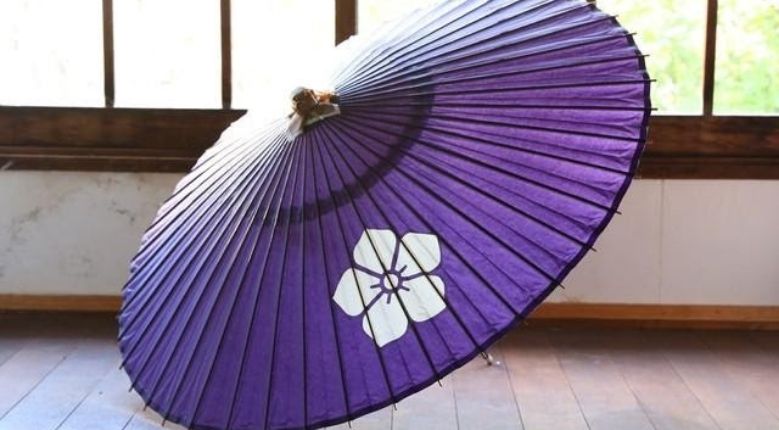 Minimalistic, subtly patterned and bold floral prints, every one of them is gorgeous. However, there is one limited edition wagasa that captures the attention.

Originally crafted as a special gift for Emily Blunt at the Japanese premiere of “Mary Poppins Returns”, this beautiful wagasa caught the eyes of many and even trended on social media. The creator, Mikiko Kawai, then adapted it into an original design that is now a made-to-order item at Wagasa CASA.

The cherry blossom shape requires a lot of skill and effort to fabricate, and it is truly a one-of-a-kind Japanese wagasa. This exquisite umbrella uses three types of Mino washi paper (a Japanese paper that is made in Gifu Prefecture). Look closely and you can see delicate imprints of Japanese cherry blossoms, reminiscent of the romance of the Sakura season.

shop now
*available only for build-to-order

If you are looking to own a beautiful handcrafted wagasa, you should complement it with a pretty carrying bag. This particular collection is lovingly handmade by crafstmen Yuki Matsuo and Aya Osuga, using Mino washi paper. Not only is it pleasing to the eyes, traditional Mino Japanese paper is also very durable.

You can also rest assure that this carrying bag is of the finest quality. Yuki Matsuo and Aya Osuga are esteemed members of "Rinku", which consists of nine highly-skilled female craftsmen who want to express the world of traditional crafts with their feminine and supple sensibilities. 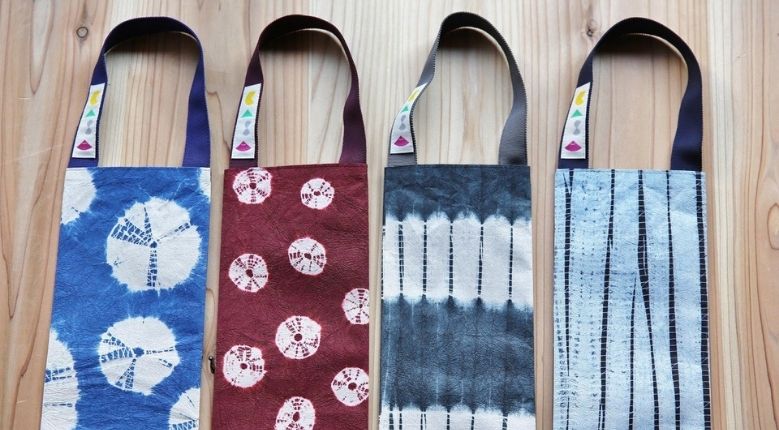 With young owners at the helm, Wagasa CASA seeks to change the perception of the traditional Japanese umbrella. Yes, it is an important accessory for Japanese weddings and ceremonies but it can be much more. Sophisticated designs are created to appeal to the modern users and by doing so, they are on the journey to keep this century-old tradition alive.