Walk through the spacious halls of Haneda Airport and you will pass by a couple of massive waterfall paintings, with one example in the header image. Yes, this is by none other than Hiroshi Senju, who became a household name in the 90s for his waterfall paintings. For the unaware, a museum at Karuizawa in Nagano prefecture dedicated to a large portion of his artworks also exists, and it houses more than a hundred of them. 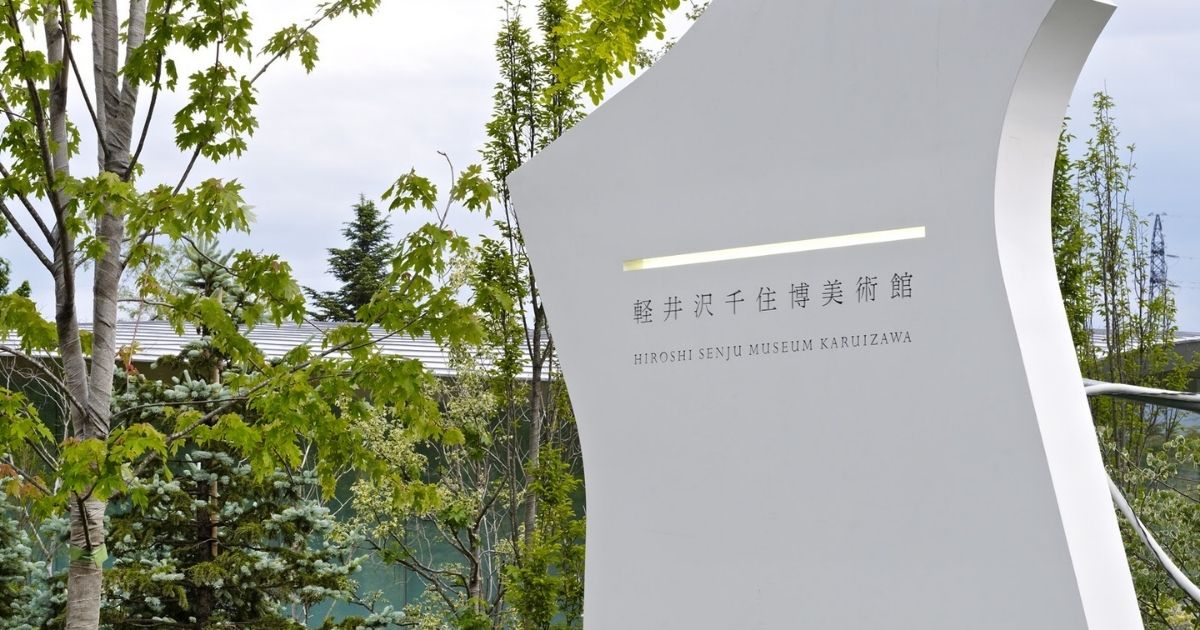 Only a little under two hours on the Shinkansen bullet train with a local train transfer at Karuizawa station, the museum is immediately noticeable with its minimalistic architecture, bare concrete floorings and numerous glass panels. Dreamt up to reality by Pritzker Prize-winning architect Ryue Nishizawa (who was also behind the award-winning Teshima Art Museum right across from Naoshima), the museum was built to embrace the natural contours of Karuizawa’s landscape, a fact immediately noticeable when one enters and walks the length of the museum grounds.

The interiors of the museum follow the natural slopes of the land beneath it before it was built. (Photo from: HIROSHI SENJU MUSEUM KARUIZAWA )

The museum itself is a sight to behold: huge glass panels line the museum interiors, with the hanging works and the gardens of the museum carefully selected to blend harmoniously with the works - instead of using dim lighting to illuminate artworks as often done in Japan, Senju leans towards using natural light, which brings out the organic beauty of his artworks. Museums have always been the go-to activity during inclement weather, but it’s also during these moments when the beauty of this museum becomes more pronounced - be it sunshine, rain, sleet or snow, viewers can experience the emotional journey that comes with each weather pattern accompanying the artwork.

One of Senju’s artworks depicting a deer on a journey starting from and ending at home (Photo from: HIROSHI SENJU MUSEUM KARUIZAWA )

Senju is known to embrace the nihonga style of painting, and many of his waterfall artworks capture the moment where the forces of water hit the pool, and cuts out the top of the waterfall, bringing to focus the forces of water and thus evocating a certain drama and emotion for viewers. At the museum, in addition to his signature waterfall painting style, his When the Stardust Falls series of paintings are also on display here, a surrealistic 16-part series following a young deer’s trail from and back home, stopping at rivers and distant towns along the way.

Senju’s Four Seasons (四季) exhibition in The Fall Room of the museum artwork was brought to life with animation depicting waterfalls and the four seasons.

One of the most moving works in the museum sits in The Fall Room, which houses Senju’s The Fall, a moving piece of work that sees a large-scale, panoramic waterfall contrasted against a jet-black background, while making use of video technology to animate the waterfall, bringing it across different seasons in Japan (cherry blossoms in spring and snow in winter, for example). It sits on one end of the gallery that also blocks out natural light, and is a great way to round up the visit admiring the works of one of Japan’s most prolific artists.
READ MORE ON THIS TOPIC
Posted by Jerome Lee
on 3 Dec, 2021
Share this article:
More on this topic: CoolJP Museums Travel Guide
More Stories
Show More Posts